Professor of Political Science. Dr. Canon has been around the department longer than anyone else, coming in 1966 after receiving his Ph.D. from the University of Wisconsin. Over the next 30 years, he served two terms as Department Chair, a couple of years as Acting Chair and a year as Acting Dean of the College of Arts & Sciences. He has served on a few important committees around the university and lots of near-useless ones. He is also quite active in the profession and is a past President of the Southern Political Science Assn. and former section chair of the Law and Courts Section of the APSA. Dr. Canon's interests lie largely in the law, courts and judicial politics area. His co-authored book, JUDICIAL POLICIES: IMPLEMENTATION AND IMPACT, 2nd Ed., was published in 1999. His research has appeared in the discipline's major journals (American Political Science Review, Journal of Politics, American Journal of Political Science, Polity, American Politics Quarterly, and Law & Society Review) as well as in other journals and books. Dr. Canon has supervised a dozen Ph.D. dissertations. He has coauthored several articles and conference papers with graduate students, and one with undergraduates. Dr. Canon is now semi-retired, teaching only during the spring semester. 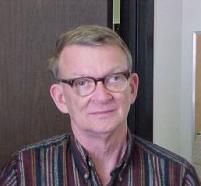