Ellen D.B. Riggle is Professor and Chair of Gender and Women's Studies, and Professor of Political Science. Dr. Riggle's research interests include positive identity, health disparities for LGBTQ people, the effects of minority stress on the well-being of LGBTQ individuals and couples, and the impact of law, legal debates, and policy issues on LGBTQ individuals and couples.

Dr. Riggle received a B.A. from Purdue University and A.M. and Ph.D. from the University of Illinois at Champaign-Urbana. Dr. Riggle is the recipient of the 2017 William B. Sturgill Award for "outstanding contributions to graduate education" from the Graduate School of the University of Kentucky, a Fellow of the American Psychological Association (Division 44), and the 2019 Scholar-in-Residence at the Center for Law, Society, and Culture at the Indiana University Maurer School of Law. Dr. Riggle's primary teaching and research fields include LGBTQ studies and queer theory, legal and policy studies, political psychology, and qualitative and feminist methodology.

Dr. Riggle is co-editor (with Alan Ellis) of Sexual Identity in the Workplace: Issues and Services (Harrington Press, 1996) and (with Barry Tadlock) Gays and Lesbians in the Democratic Process: Public Policy, Political Representation and Public Opinion (Power, Conflict and Democracy: American Politics into the Twenty-First Century series, Columbia University Press, 1999).

Dr. Riggle is co-author of A Positive View of LGBTQ: Embracing Identity and Cultivating Well-Being (with Sharon Rostosky; Rowman & Littlefield, 2012).  A Positive View of LGBTQ received the Distinguished Book Award for 2012 from Division 44 of the American Psychological Association.  Her latest book, Happy Together: Thriving as a Same-Sex Couple in Your Family, Workplace, and Community (with Sharon Rostosky) was published by the American Psychological Association LifeTools Series in 2015.  Professor Riggle's current projects include an examination of the impact of legal relationship recognition on the relationships of same-sex couples and other policy impacts on LGBTQ individuals, and how identity and minority stress impacts well-being for LGBTQ individuals. 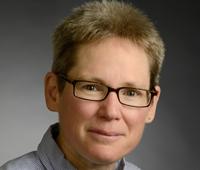