LEXINGTON, Ky. -- Two graduates from the University of Kentucky College of Arts & Sciences have been admitted to top political science Ph.D. programs and will be continuing their education in the fall. Both students had mentorship throughout their time at UK that put them in the position to be admitted with full funding to some of the most competitive programs in the country. 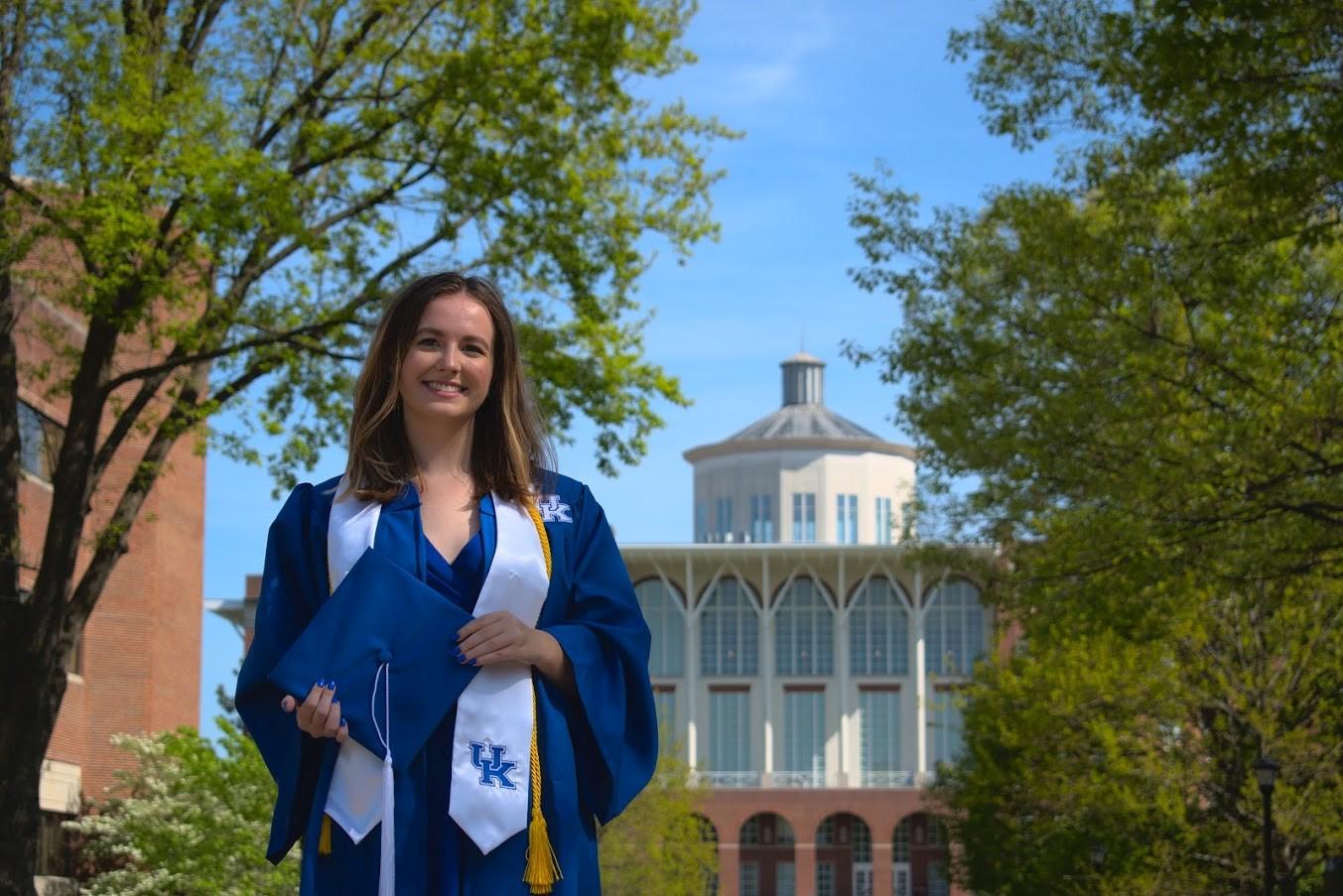 Two professors shined a light on her passions and shaped her path at UK and her future. The first was Dan Morey, who taught Introduction to International Relations during Lansdale’s first semester.

“After that semester, I tried to take as many classes as possible with him throughout my time at UK,” she said.

Morey helped Lansdale figure out her passion for researching genocide. She had an independent study with Morey that allowed her to gain a deeper understanding genocide studies. He also taught a research practicum class focusing on human rights abuses in different countries in Africa. This class allowed Lansdale to home in on her research skills while also working with a team and creating an in-depth profile of human rights abuses in a state.

Lansdale’s other mentor is Jesse Johnson, director of the Peace Studies program. Through this program, Lansdale was able to connect with professors outside UK and get a more thorough understanding of what entails the research process. Johnson helped her figure out that she ultimately wants to be a professor and continue her research.

“Dr. Johnson aided me through every step of the application process to Ph.D. programs and continues to advocate for and promote my accomplishments,” she said.

"Getting to work with talented and passionate students is one of the best aspects of being a professor,” Johnson said. “Sloan really stood out in the first class she took from me. This motivated me to reach out to her and offer to help her achieve her goals in any way I could. The world needs the contributions of gifted people like Sloan now more than ever."

Lansdale will be attending the University of Maryland, which is a top 30 program in the nation for Political Science Ph.D. students.

“The program has amazing professors, many of whose work I've read for my undergraduate courses,” she said. “In addition to receiving a top-notch education there to develop my research skills, being so close to D.C. means I will have the opportunity to connect with other organizations focused on human rights and genocide, such as the Holocaust Museum, Amnesty International and Human Rights Watch. I feel very fortunate to be going to UMD, it is the best combination of education and opportunity uniquely suited to my passions.” 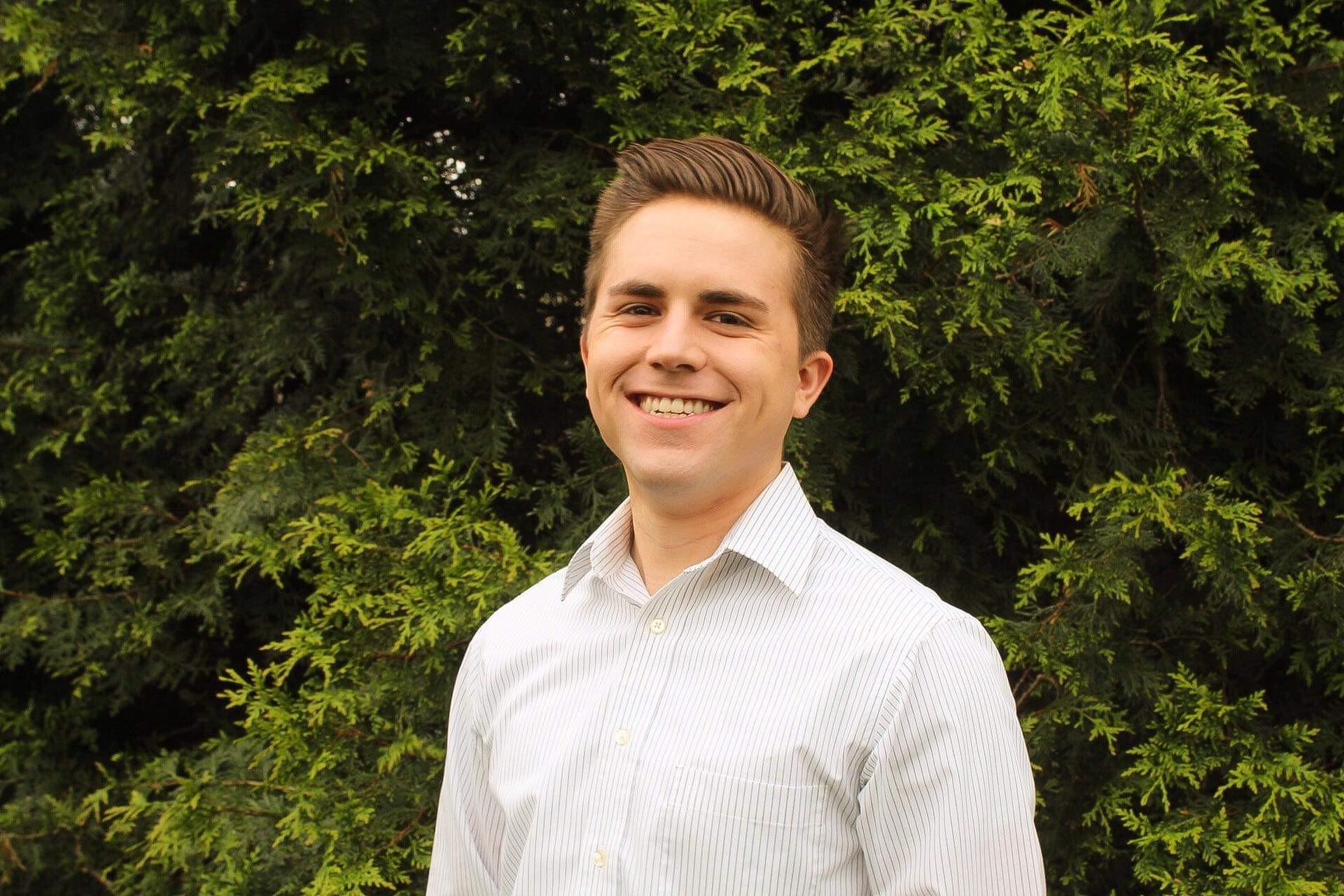 Patrick Edwards of Hebron, Kentucky, always knew that research was something he wanted to do. He started his undergraduate studies at Northern Kentucky University in 2016 but decided that he wanted to dive headfirst into research. UK gave him access to professors that were doing this cutting-edge work, and UK provided courses with everything he wanted to learn and more.

Edwards has always been interested in political behavior. His double major in political science and economics gave him a broader perspective on how these two disciplines work together towards his interests, and this course of study had a direct impact on his research.

When Edwards transferred to UK in 2018, he took a graduate-level political science research methods course. Upon proving himself and learning the necessary technical skills Edwards needed to participate in research, Clayton Thyne, the political science department chair, reached out to different faculty in the department. Edwards connected with Johnson, and Edwards began researching alliance reliability.

"Patrick fully engaged the research component of UK. He gained invaluable technical skills and got involved in faculty research,” Johnson said. “These credentials have made him competitive for a variety of job opportunities and graduate programs. His experience clearly illustrates the benefits of attending a Research I university, such as UK."

“One of the most important parts of mentorship was not just doing the research, but then them giving back to me their knowledge and expertise beyond that,” Edwards said.

After graduating in December 2020, Patrick Edwards will be heading to the Washington University in St. Louis in the fall, which is a top 20 program for political science.

“I'm excited to travel to a new place and be able to explore a new city. In terms of my academic interests,” Edwards said. “I know my interests need to develop more and from what I've been told, that's exactly what a Ph.D. program is for. I'm excited to be able to be in a classroom with people that are interested in the same topics I am and that have that same driving motivation.”