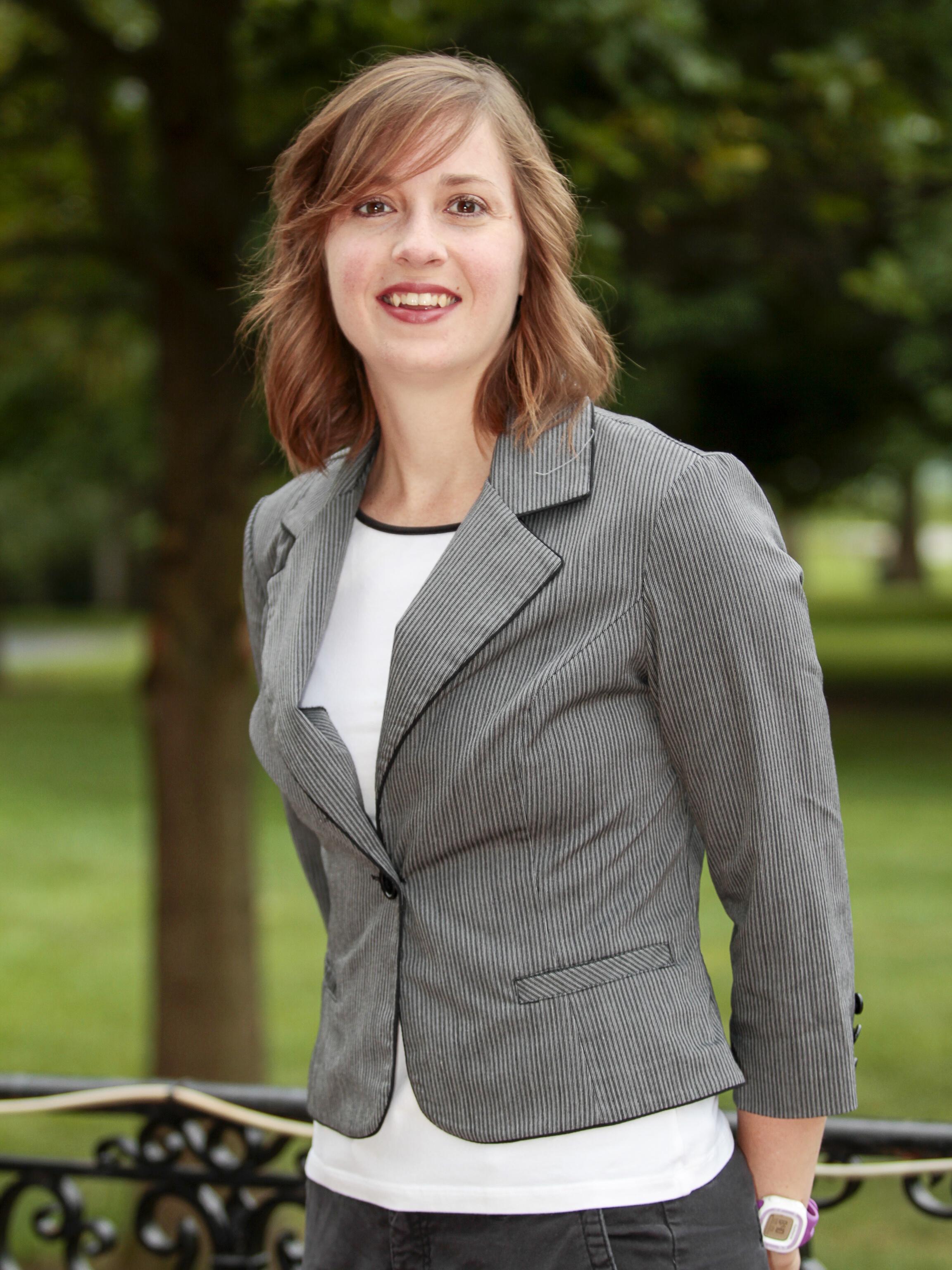 LEXINGTON, Ky. -- With the war in Ukraine raging, human rights, international law and the courts that seek justice for the victims are hot topics. That is where Jillienne Haglund’s scholarly interests lie: The associate professor of political science in the University of Kentucky’s College of Arts & Sciences has found a passion for studying human rights, and her interest has led to a book that examines international courts of justice.

“When I was an undergrad, I took a class with a professor that really piqued my interest in human rights and led me to my studies in graduate school,” said Haglund, who earned a doctorate at Florida State University and joined the UK faculty in 2015. "So, I applied to the graduate program, and I got to work directly with that professor. He was collecting one of the most widely used human rights datasets, and so I just dove into the process of how the data are collected.”

Another mentor led Haglund to narrow her interests to the institutions that try to enforce human rights norms across boarders — and the problems that arise when courts try to breach the walls of sovereignty.

The results of her investigations can be found in her recent book, Regional Courts, Domestic Politics, and the Struggle for Human Rights from Cambridge University Press. She focuses on how regional courts can help to enforce human rights laws and what situations can lead to making them more effective.

“My book looks at the conditions under which regional human rights courts — and here I'm talking about two specific courts, the European Court of Human Rights and the Inter-American Court of Human Rights — can improve human rights practices. They are designed to render judgments against states for very specific human rights abuse cases where there’s a litigant. But they also have a broader mandate, in that they should discourage the commission of human-rights abuses in the future.”

So, what does encourage a nation to take rulings from these regional courts seriously? It depends on the commitment the executive branches of these governments, and individual executives, have to change their countries’ laws involving human rights.

“I focus quite extensively on the executive, so I make an argument that regional court deterrence will be more likely when the executive has the capacity and willingness to make human rights policy changes in response to an adverse judgment from one of these courts. I look at several indicators, several factors that will enhance that capacity.”

One instance she cites was the ruling the Inter-American Court issued regarding a pardon of former Peruvian President Alberto Fujimori regarding abuses of human rights, particularly regarding the Shining Path revolutionary group.

“The cover of my book, for example, is a memorial that was erected in Peru that was meant to commemorate victims of mass atrocities and human rights abuses perpetrated during the Fujimori regime,” she said. “The Inter-American Court has been involved here because in 2017, the president granted a pardon to Fujimori; he had been imprisoned for various crimes, including corruption and human rights abuses.

“Then in June 2018, the Inter-American Court stated that the Peruvian national courts should review the pardon that was granted to Fujimori, because the judges said it constituted a violation of the right to justice that victims in Peru were granted. Then in October, the Peruvian Supreme Court did respond to the Inter-American Court's decision and overturned the pardon. This is an example where we see domestic politics and domestic institutions like a national court responding to the ruling by an international court.”

“Dr. Haglund excels in all facets of the job,” said Clayton Thyne, chair of the Political Science Department.  "Her book is a truly fascinating take on the international courts and human rights. She is likewise impressive in the classroom, deftly bringing research to life for her students and skillfully guiding through the many thorny topics that she researches.  She is truly an asset to the department and beyond.”

She also notes that one major hindrance to these courts’ effectiveness is time — these processes can be agonizingly drawn out. But they remain key to at least shining a spotlight on human rights abuses and how the state can alleviate these woes.

“The process is so slow,” she said. “And I think this is what makes studying the deterrence of courts so important — because if we're going to put so much time and resources into litigation efforts and into these regional bodies, we want to know that they actually do something at the end of the day.”