Professor of Political Science: He received his Ph.D. and MA in Political Science from the University of Houston. He also received a M Ed. from Bridgewater State College and a BA in History from Rhode Island College.

His teaching and research interests include the presidency, congress, and film and politics. He is the author or co-author of more than ten books including The Presidential Expectations Gap; Checking the Courts; Presidential Leadership:The Vortex of Power; Presidential Influence and the Administrative State, Bureaucratic Dynamics; Politics, Bureaucrats, and the Environment; The Image-Is-Everything Presidency; The Changing American Presidency; and Enforcing the Law: The Case of the Clean Water Acts. He has published articles in the American Political Science Review, the American Journal of Political Science, the Journal of Politics, Political Research Quarterly, Legislative Studies Quarterly, the Journal of Policy Analysis and Management, and other political science journals.

Area of Specialization - The Presidency, The Bureaucracy, Public Policy, Film and Politics

Lewis, David and Richard W. Waterman.  2013. “The Invisible Presidential Appointments: An Examination of Appointments to the Department of Labor, 2001-2011.”  Presidential Studies Quarterly.

Randazzo, Kirk A., Richard W. Waterman, and Michael P. Fix.  2011. “State Supreme Courts and the Effects of Statutory Constraint: A Test of the Model of Contingent Discretion.”  Political Research Quarterly.

Randazzo, Kirk A. and Richard W. Waterman.  2011. “Statutory Influences on the U. S. Supreme Court: The Effects of Constraint and Discretion.” Justice Systems Journal 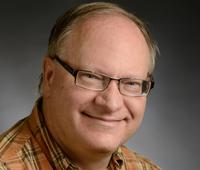